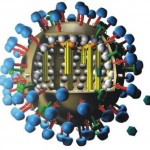 With the start of the flu season and the advent of a vaccine, swine flu is coming back into the spotlight. Rather than covering the pandemic itself and disseminating widely useful, factual information, the media is covering the controversy over the vaccine that has been stirred up by hand-waving critics. I highly recommend the Effect Measure blog as a fantastic source of science-based discussion of the Swine Flu Pandemic. The contrast between the reasoned analyses of trained epidemiologists and the frenzied hype of news anchors or the fear-mongering of the anti-vaccination woo-heads could not be greater.  The short version? The swine flu is a big deal and we need to care about it and take reasonable steps to prevent it, but we don’t need to freak out: the virus isn’t going to wipe a billion people from the planet and the vaccination works and doesn’t make you sick.

A recent post explores the editor’s reasons for getting vaccinated, both for swine flu and the seasonal flu.  It’s a good article, with graphs and charts, and filled with words like “trivalent vaccine” and “cross-reactivity”.  And though it inspired me to write this particular post, I found its reasoning a bit over-thought for those of us not studying infectious disease for a living.

So, why would I want to get the flu vaccine?  There’s lots of good reasons.  For example, based on the experiences of the southern hemisphere (who are just now coming out of their flu season), it appears that there were 15x more people admitted to the ICU for flu cases than in previous years.  Or that the swine flu is more greatly affecting people in my age group than the people the seasonal flu affects.  Or that the virus is hitting close to home now, with local blogger Mr. 14thandyou writing this morning that he came down with it, saying:

Whatever the news reports may say about this thing not being as bad as it has been made out to be: they lie. The H1N1 flu is awful; I think this was the sickest I have been since I was in grade school. It’s the kind of flu that makes raising a glass of water to your mouth and successfully taking a sip a feat of superhuman strength.

But none of that is really why I’ll get the swine flu vaccine.  (And the seasonal vaccine, while I’m at it.  I get that every year.)  So, why will I get vaccinated?  It’s quite simple, really:  I just don’t want the flu – swine or otherwise.

You see, getting sick with the flu will mean at least several days where I’ll be unable to work.  I am self-employed, and I get paid when I work.  Conversely, when I don’t work I don’t get paid.  I bear a direct economic cost if I get sick.  And that’s not even to mention the fact that getting the flu sucks even when it’s not the pandemic variety – aches, pains, chills, sweats, vomiting, and diarrhea are really not what I enjoy doing on my days off.  So if a shot in the arm, which has been shown to be reasonably effective, might protect me – well, where do I sign up!