We must be living in Bizarro World, where Stupid Ideas rule the day, simply to spite Good Ideas for being too good. The Post is reporting that talks between the city and the D.C. United have fallen apart over the finances. It seems the city has balked at footing the bill for some $200 million in infrastructure to support the stadium, despite the team’s offer to pay for the entire cost of the stadium itself.

Really? Don’t we live in the same city that just last year - against a fairly large chunk of public opinion, including myself - agreed to build at its own cost the entire stadium and all supporting infrastructure for a brand new, fairly lousy baseball team? I think so, but perhaps a review of the facts is in order.

Now, I don’t dispute that baseball gets more fans per game, and plays a lot more games, than soccer. But the DC United, in addition to consistently being one of the best teams in Major League Soccer, have worked extremely hard to become a valued and loved member of the DC Sports community. They want a new stadium, and have been negotiating in good faith a very reasonable compromise that benefits all parties. The United’s behavior demonstrates their loyalty to the District, and are working hard to stay here! 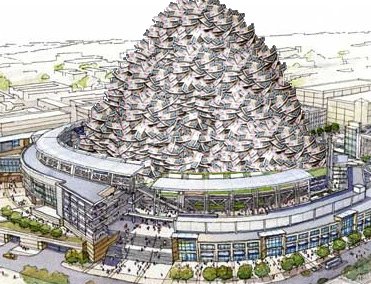 Contrast their behavior with that of Major League Baseball and the Nationals: They came on the scene demanding every concession, offering nothing but there mere presence in return, and making no compromises. The city was forced to build a boondoggle stadium at immense cost, and it was either their way or the highway. The baseball owners were quite happy to take their team someplace else if we failed to kowtow to their tantrums, and in the end they got their way, just like a spoiled, screaming child.

We’ve shoveled an enormous pile of money at a team that hardly gives a damn about their home, so why are our leaders afraid of spending less than one-third of that on a team that has already demonstrated themselves worthy? Come on, Mr. Fenty, I know that you’re not happy with the baseball stadium. Sure, it was a raw deal, and we all knew it. But that’s no reason to ruin a good thing that we already have. We need to make a new stadium happen - but this time for a team that deserves it.