I’ve had some harsh words for Comcast over the last few days.  The constantly bouncing connection has made it very difficult to work.  Sure, there were some major storms from which they were trying to recover, but it’s really annoying that they had to drop out whole service areas just to fix other peoples’ connections.

My connection dropped again today, though I can hardly blame them for it this time around.  A fire in the alley down the block from our house happened to occur directly below the pole carrying the wires that carried my packets.  It turns out charred copper and melted plastic suffer from approximately 100% packet loss.

There are a few more pictures on my Flickr stream. 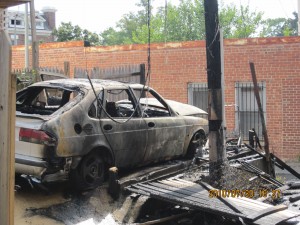 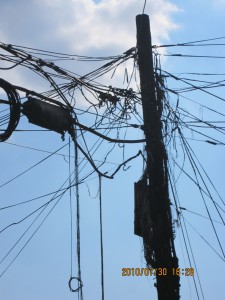